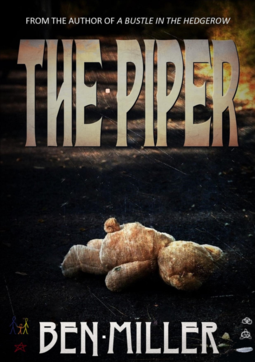 Jackson Byrne feels wasted.  He’s exhausted from his sleepless nights, haggard from trekking his traumatized wife to her therapy sessions, and sick of dragging himself to a Maryland state prison to fulfill his debt to an insane child killer.
Suddenly he receives a call to pull him away from this stagnation and toward a new unholy mess.
In Boston an assailant immobilized a sleep-deprived young mother, blinded her with a black hood, and stole her infant son.  When a second abduction occurs in an identical fashion, the media dubs this terrifying perpetrator “The Piper” after the Pied Piper of Northern European folk legend.
Stumped by these mysterious kidnappings—with no witnesses, no leads, no ransom, and no sign of the missing babies—local authorities reach out to Special Agent Jackson Byrne and his FBI team specializing in child abduction.  As Jack becomes embroiled in the child abduction case, he tries to prepare himself and his anxiety-riddled family for the trial of his most sensationalized criminal ever, the Playground Predator.
Through themes of loss and grief, retribution and repentance, The Piper follows both the Playground Predator trial and the Piper’s infant abductions as each story fervently races to its unforgettable climax.