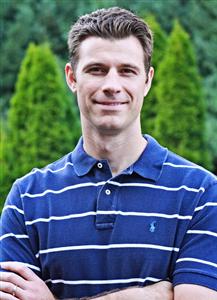 Ben was born in Franklin, a small town nestled in the hills of Northwestern Pennsylvania.  The son of a funeral director and a psychologist, he grew up with a sense of the macabre as mundane and a fascination with people's interactions with each other and the world around them, especially during times of hardship.  He began writing short stories and screenplays at a young age, in poorly illustrated picture books or on his manual typewriter.

While earning his medical degree, his writing took a back seat.  It wasn't until he began his practice as a hospital-based Pediatrician and Diagnostic Referral Specialist that his career vision began to come full circle.  He realized that he could utilize his creative passion for writing to address some of society's ills that he witnessed on a daily basis.  In 2013 he published A Bustle in the Hedgerow, a modern-day thriller interweaving two mysteries regarding the murder of young children that unfold over two consecutive summers in the mid-Atlantic. Kirkus Reviews stated, “This nail-biter teems with suspense,” and tagged it “An unrelenting debut thriller that reads like the work of a pro.”

In 2017 Ben published The Piper, which picks up four months after the completion of A Bustle in the Hedgerow.

Ben currently resides with his wife and three daughters in a suburb of Pittsburgh.  He is beginning work on his next novel The One-Eyed King while continuing to teach and practice pediatrics.